With this December blog I wish to introduce my new work of fiction, The Conflagration, just published by Amazon.  The synopsis on the back cover reads:

Toward the end of the 21st century, a mature young woman dies and is cryonically preserved.  She is found 300+ years later in the Antarctic when the earth has entered a new era.  The planet and environment have largely recovered from the climate crisis and WWIII—the global nuclear war at the end of the 21st century that nearly destroyed the planet and became known as the Conflagration.

The remnants of humanity who survived, emerged with a new consciousness and vowed, collectively, to never again engage in war.  Over the following centuries descendants of the survivors recaptured the knowledge, skills, and technology needed to create a new world with eyes toward unity, sustainability and collective consciousness to become a humanity never before realized. 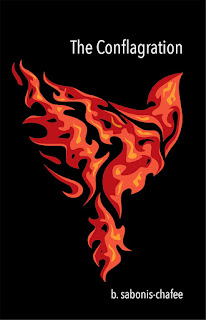 As I sat thinking about how difficult it is to conceive of a world without war, my thoughts went to the ancient past . . . What merchant, plodding the miles of the silk road with his ladened camels, could have foreseen modern transportation, with trucks and airplanes transporting goods across nations and the world in hours and days?  What scribe painfully copying word for word his Holy books could have foreseen computers spewing forth pages and whole texts in seconds?

So too it is hard for us, surrounded with wars and violence to foresee a One World of peaceful cooperation, having abandoned war—but it is worth trying to envision.  Like a phoenix rising from the ashes of a devastated world . . . humanity finally having learned that war is never the answer!

In the story, Sydney Constance Thrasher first awakened in utter disbelief which turns to anger and morphs into depression; we watch her slowly adapt to the reality in which she finds herself.  Eventually she is offered an advanced education; for her Masters thesis she is haunted by the questions, ‘Was the Conflagration inevitable?’

In the story, while world conditions and issues of the 25th century are fabricated, all references to material from the 21stcentury and prior are researched and accurate.

B. Sabonis-Chafee
Author: "The Stations", "The Conflagration" theconflagration.com
Who am I? Here is the sum of my pertinent information: I’ve raised a family of 4 children, each of whom turned out to be thoughtful, caring, compassionate and successful human beings thus adding to the plus side of humanity. I’ve earned 3 degrees; which led me to work as an Occupational Therapist, Psychologist/ Counselor, and Community College teacher after which I retired to travel and teach in ESL (English as a Second Language) programs in 3 countries: Haiti, Kazakhstan and Thailand. The focus of my life-long studies: psychology, philosophy, theology and spirituality. I write: poems, essays, stories, and stray thoughts; Many of these are captured in my journals, one per year since 1963, plus prayer journals since 1982. I have written two works of fiction, "The Stations" and "The Conflagration" Learn more at theconflagration.com